Re-watching the two Burton Batmans I was shocked to find I liked Batman Returns more than the 1st. True, the film has nothing to compare with the wonderful over-the-top craziness of Jack Nicholson as the Joker, but in some ways Nicholson so overpowered the 1st film that it felt out of balance Batman Returns Critics Consensus. Director Tim Burton's dark, brooding atmosphere, Michael Keaton's work as the tormented hero, and the flawless casting of Danny DeVito as The Penguin and. Gone is the Batman who gets shot at and punched, replaced by one who never lets the crooks get off a shot, nor lets them land a blow. Production illustration for Batman: The Animated Series (1992) Most significant, however, is how the titles end. In the mini-pilot we end with Batman fleeing the police, his back to us Batman's revival as an animated series came in 1992 with Warner Brothers' acclaimed series, Batman: the Animated Series. The series ran until 1997, and was then continued as The new Batman Adventures through 1999. In 1999, Batman Beyond was a new imagining of the characters that was set in teh chornological future Can Batman (Michael Keaton) battle two formidable foes at once? Especially when one wants to be mayor and the other is romantically attracted to Bruce Wayne! Like the groundbreaking 1989 original, Batman Returns is directed by the wizardly Tim Burton. And like the first blockbuster, it's a dazzling adventure that leaves you breathless

A very disappointing adaptation of the blockbuster movie license, Batman Returns is a hodge-podge of elements from adventure, action, and role-playing genres, the whole of which is much less than sum of its parts. The plot loosely (make that very loosely) follows that of the 1992 movie Batman Returns starring Michael Keaton Having defeated the Joker, Batman now faces the Penguin - a warped and deformed individual who is intent on being accepted into Gotham society. Crooked businessman Max Schreck is coerced into helping him become Mayor of Gotham and they both attempt to expose Batman in a different light 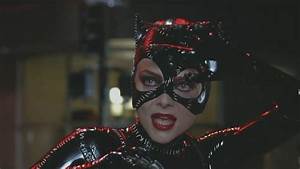 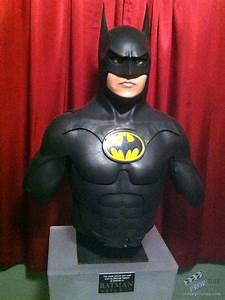